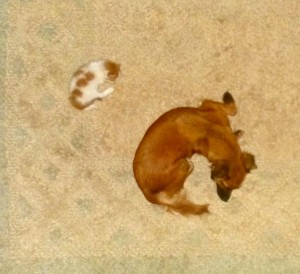 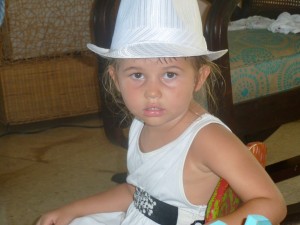 Everyone is telling me that I will be arriving in Cuba for a time of great change and not all of those changes for the good, depending on who you are talking to.  The Cubans apparently are going to go through some tough times as the paternal arm of communism untangles itself and they are left with …….. who knows?  Rations are going, enterprise is arriving, property can be bought and sold and a lot more tourists will be coming they say.  But in the meantime I think your average Cuban will have to suffer to move forward and that does not always seem fair.

Meanwhile in Guatemala the elections are approaching and I realise once more how rightwing this part of the world is.  It seems incredibly possible that they could elect rightwing candidates involved in the genocide of the 80s and there is lots of finger pointing from the right to people who were involved with the guerrilla, as if it is an automatic given that to be involved in the guerrilla makes you more dysfunctional than the people involved with the genocide.  Otto Perez Molina you know what you did in the name of God we have film footage!  When I talk about what I call the rightwing here, they are the kind of people that make Margaret Thatcher look like a pussy cat.  I do not think that even she would have wanted to kill a trade unionist.  Maybe bop them over the head with her handbag if she got the chance but I don´t think she would have been up for massacring a few mining villages up North where I am from, even though they gave her a big headache and did not go easily into a future of mass unemployment and social deprivation.  But I digress …….

When I mention that I am going to live in Cuba, a lot of Guatemalans (most of my friends excluded) have a reaction that I am beginning to find of sociological interest.  It is a kind of trigger response.  The very mention of Cuba seems to make them nervous.  It is as if they have to justify their country´s inability to move out of its poverty and narco violence and corruption by pointing out how great it is that they can buy what they want in the ever increasing shopping malls in Guatemala city or in the pretty tourist shops and delis of Antigua.  How they are free and can fly wherever they want.  (I do correct them on this one though as now any Cuban can leave Cuba for a holiday but like most Guatemalans they don´t have the money).  Anyway, these people don´t seem to have a clue how most of their country lives and that maternal mortality, malnutrition and domestic violence and murder rates are all on the up to name a few social problems.   But evidently as long as the richer people can buy what they want and even fly to Miami to do it, that makes all the other things ok, because they are free to consume.  But right now in Cuba nobody is starving, Guatemala however has a child malnutrition problem that is worse than a lot of African countries.

I begin to think about it a lot this week in the last balmy days before the rains arrive watching the fireflys play in the back garden.  Thinking am I one of those people?  Selfish and happy to live in a bubble.  I have to admit I do like shopping (but in the markets and boutiques of Europe looking for a steal or something entirely unique that I will treasure all my life …… rather than in Gap or Target or Dolce Gabana).  As long as I can buy my nice things for me and my family am I happy to live in a country blighted by violence and poverty?  Can I ignore the realities of Guatemalan society, as long as I surround myself with good people and beautiful things and fine wine?  Issues such as gendercide and chronic malnutrition.  A people who have grown stunted for generations due to the slavery and apartheid they find themselves born into.  It is their fault they should have less children.  It is their fault they don´t know how to eat properly.  It is their fault for getting involved with the rebels. I have heard it all!  I am still baffled as to how people can be starving in a country like this where everything grows.  But one thing I am sure about ……..it is not their fault.

But in the end what can I do?  I have 3 little ones to bring up and that overwhelms me most days.  But I can try to always be informed, know the truth, try to see other people´s arguments and make sure that my children know the truth about both their countries and their adopted ones.  Just keep learning I suppose.

I am not sure why, but certain people from the US think that they are the oracle of world opinion, as they quite clearly are not ………. just go and read some Chomsky, Democracy Now or Consortium news or any quality European paper and you can see that a lot of us have different opinions and we are not crazy foaming at the mouth commies or fundamentalist ragheads (a popular term for Arabs in the US).  A rich surburban gringo in Antigua told me with such authority that Cuba has been a disaster since they kicked the US out.  By that I suppose he meant the Mafia, Batista and the CIA.  And don´t get me started on the weird and shameful existence of Guantanamo.  I am just relieved that there are no longer British prisoners there but Obama´s promise to close it is still pending.  And Cuba has human rights issues!!!

I don´t profess to be an expert in geopolitics and certainly not in the unique and fascinating history of Cuba but I think there is one thing that I will never stop thinking. For better or for worse, Cuba is an ideological miracle and still is.  How the hell did the CIA never manage to poison Fidel?  Just that is a miracle.  I know the Miami Cubans and a large part of US population won´t agree with me but not sure I care!  In fact I have never met people so full of hate as the Miami Cubans.  That can´t be good for them or anybody.  And unfortunately their bad taste and bad humour does get transmitted back to Cuba along with an extra layer of white trash mentality born in the USA.

And yes I am packing carefully for our move to Cuba and I am slightly nervous about being in a no consumer zone but I hope I can survive happily without faceless shopping malls, guns on every street corner, apartheid, darkened car windows, suited bodyguards, awful cable TV with more advertisements than programmes, schools like prisons with gun toting armed guards at the gates …….and all the rest which goes with a narco capitalist state.

I can only promise the Cuban people that I will try to understand and not to judge them when I am living as a guest in their country as they are put through yet another sociological challenge.  Good Luck Cuba!  I will write about and record your hardships and your happiness and your apparently famous ability to resolver.